The Melbourne weather again played a part in proceedings at Sandown, with constantly changing conditions making tyre strategies a gamble throughout the day.

Practice 4 was strong for the Shell V-Power Racing Team, before Qualifying was interrupted mid-session by rain. Fabian Coulthard just missed out on the best track conditions to be 12th, while Scott McLaughlin got a sizzling lap in to take provisional pole.

The co-driver only Race 28 started in dry weather on slicks, but became damp during the race making it a treacherous run around the Sandown Park circuit. Both Alex Prémat and Tony D'Alberto kept the cars straight and finished their races to hand the cars over to McLaughlin and Coulthard for the final race of the day. 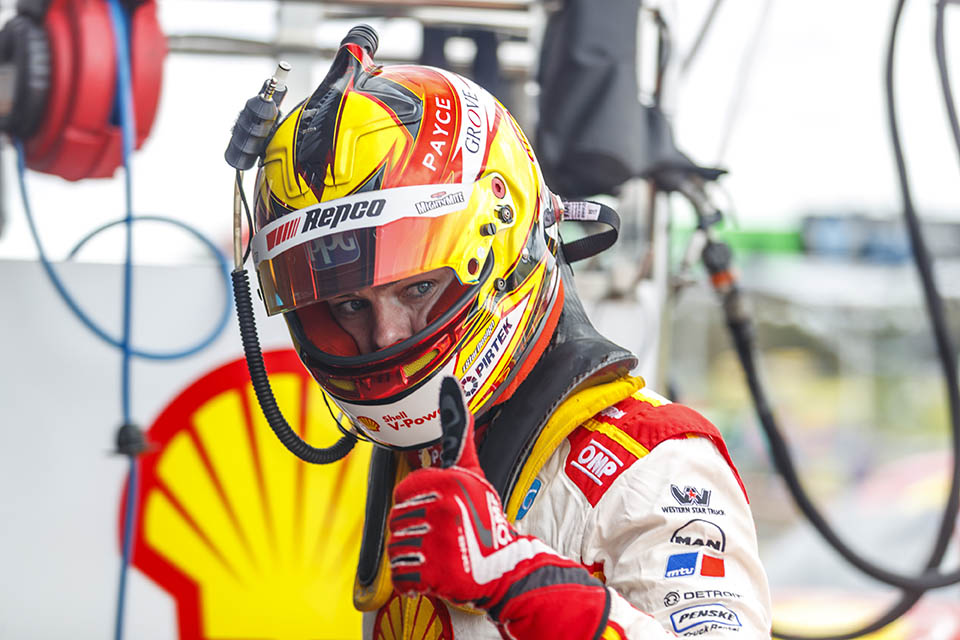 Race 29 for the main-drivers would decide the grid for tomorrow's Sandown 500. McLaughlin started sixth, with Coulthard 13th and they quickly moved forward in full-wet conditions. 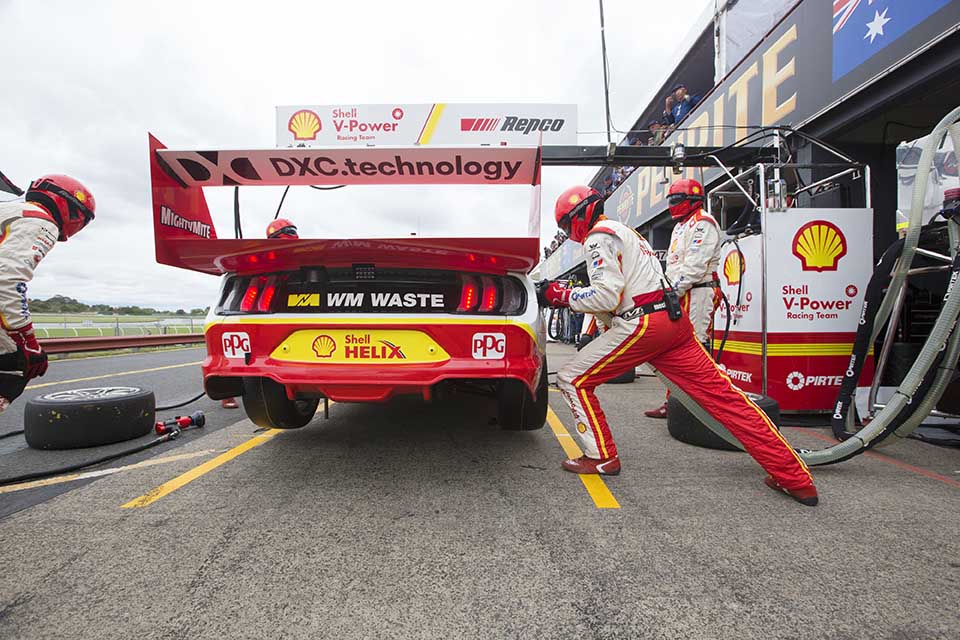 Coulthard's race was sensational, making up a fantastic seven places to finish sixth and right on the rear bumper of teammate McLaughlin.

The Shell V-Power Racing Team Mustangs will start side-by-side from the third row of the grid tomorrow, with 161 laps and 500km of racing ahead of them. 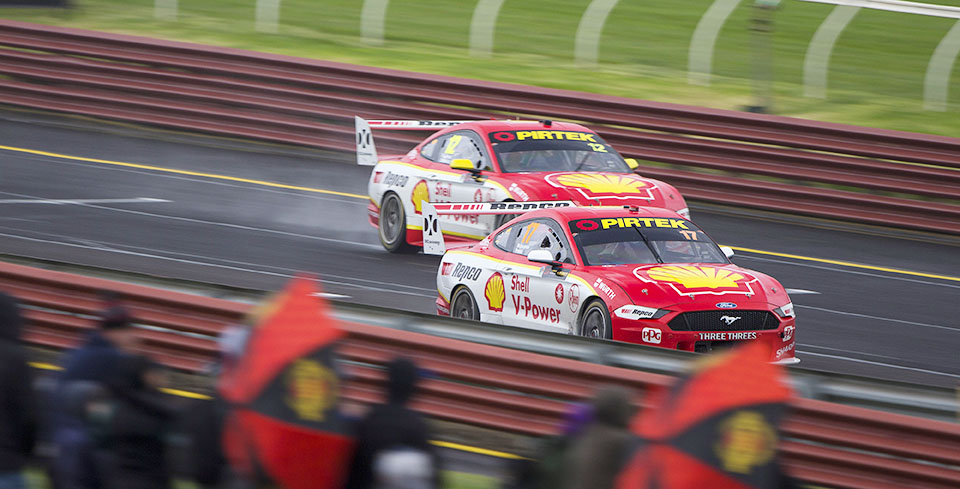 Coulthard said, “Car felt really good in the wet for that last race, and we were able to race and move forward. Starting sixth tomorrow is great and we know we have a fast Mustang, Tony is doing a great job and we will be aiming for a strong result. ”

McLaughlin went on to say, “Solid day today. Qualified really well. The car is good in the dry, in the wet it was pretty good too. Alex was safe in his race, and we started well in mine but we just went with too high pressures in the tyres and unfortunately just fell back at the end there. Still got fifth, a solid starting position for tomorrow."

D’Alberto added, "Those were some tough conditions out there, and some of the co-drivers were playing for sheep stations so it was good to bring the var back straight and then watch Fabian cut through the field in the last race. We will have a good crack at it tomorrow."

Prémat added, “That co-driver race was pretty crazy, I had guys crashing around me everywhere but I just had to be safe and look after the car and bring it back straight so Scott could have a good run in his race. Fifth is a good place to start for tomorrow, and we know we have a fast car so we are looking forward to the race." 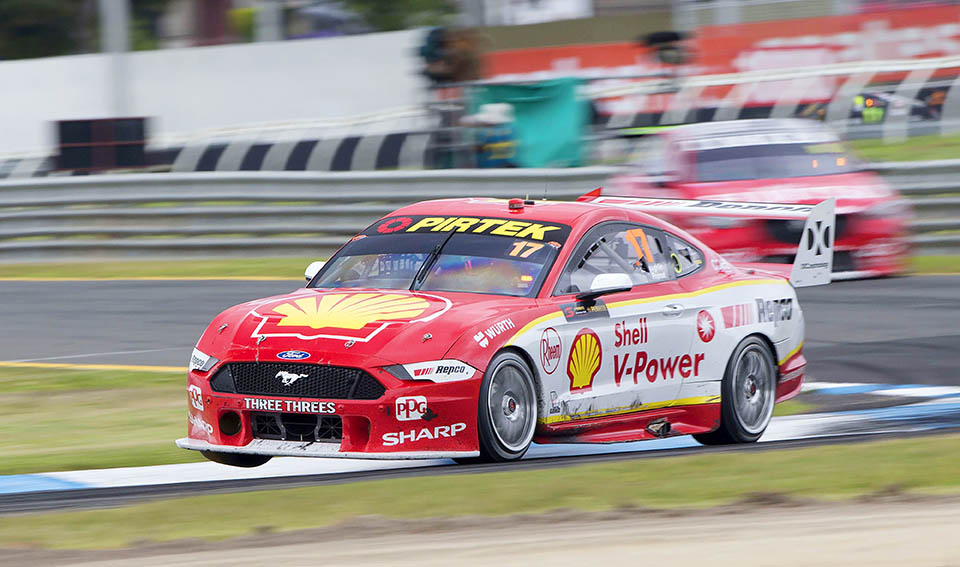 McLaughlin and Prémat - who started the race from last position due to a post-qualifying penalty - drove a cautious race, aiming to finish with enough points to close out the title. The result was a 550-point gap to p17 finisher Shane van Gisbergen, with only 300-points left to earn in Newcastle.

Fabian Coulthard and Tony D’Alberto started the race from fifth position, and had to battle for it after being spun back to last on lap five. D’Alberto did a fantastic job across his two stints, before Coulthard climbed aboard Car 12 and drove it to a fourth place finish to remain fourth on the points table. 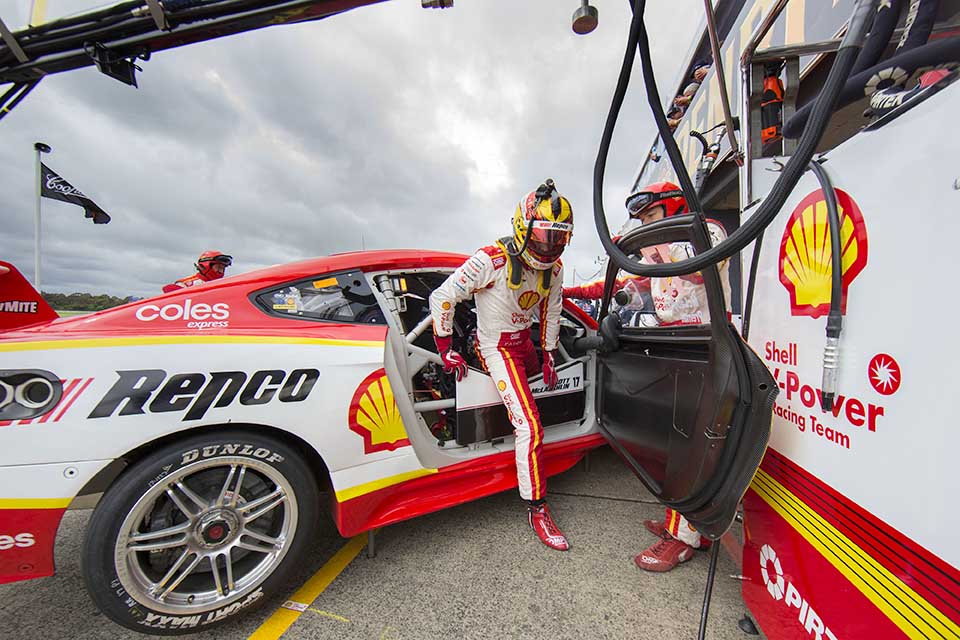 The team’s lead in the Teams’ Championship is 116-points over Triple Eight Race Engineering, and is now the focus for Coulthard and McLaughlin as they head to Newcastle in two weeks.

Coulthard spoke of the event, “I’m pretty happy with that, we recovered really well. We were last on lap five when Tony got turned around, and finished fourth. We had a bit going on, the engine was getting hot so we pitted early to pull out the blanking which wasn’t the optimum strategy and were a little bit wounded in that middle part of the race. Tony and I did the best with what we had, and the best today was fourth. Thanks to Tony for another great year together, he’s a great co-driver. And Congratulations to Scott for going back-to-back. Now we’re aiming to take the Teams’ championship in Newcastle.”

McLaughlin added, “I’m just so proud of this team. We’ve been knocked around a fair bit this year, and they’ve just kept coming back. We started last today, and just ground it out to get a Top 10 result. Thanks to Alex for his work this year, I love Frenchie. I’m stoked to have been able to get it done, but there’s still work to be done for our team and sponsors in Newcastle. We want to win the Teams’ Championship, and will be pushing hard to get that done.”

D’Alberto said, "I've enjoyed another year with Shell V-Power Racing Team for the Pirtek Enduro Cup, and today Fabs and I had a really strong race. It’s a shame we haven't been able to get some better results to show for it, however we've had some bad luck and a few issues along the way. Looking forward to doing it all again next year!"

Prémat went on to say, “It was great to be with this team again this year, to win the Bathurst 1000 and to help Scott to wrap up the Championship has been fantastic. Shell V-Power Racing Team is so good, to drive for Dick and for Roger is very special to me, and I am looking forward to being able to do it again next year.”