PIRTEK USA heading to the Indy 500 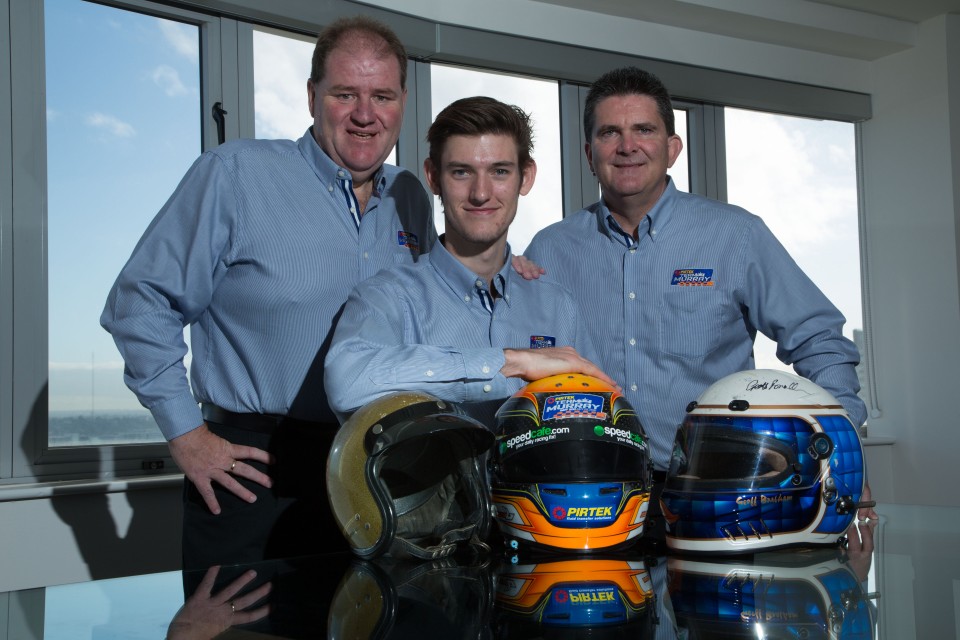 PIRTEK USA will join with a unique Australian-American partnership at the 100th running of the Indianapolis 500 in May 2016.

PIRTEK USA will be the naming rights partner of PIRTEK Team Murray that will field a racecar for third generation star – Matt Brabham.

The 21-year-old Grandson of Sir Jack Brabham will compete in the road course race at Indianapolis on May 14 before starting his journey towards becoming just the third third generation racer to start the Indy 500.

“The partnership with PIRTEK Team Murray is being driven by PIRTEK USA as part of its major expansion plans over the coming 24 months,” explained Mr. Dutton.

“You cannot get much more Australian than the Brabham family, who are globally recognised as pioneers in the sport. Furthermore, the race team is owned by a good friend of PIRTEK in the BAM Group’s Brett Murray, who has been with PIRTEK throughout many of our sporting sponsorship triumphs over the years – including Marcos Ambrose’s Series Championships.

“This partnership – whilst emanating out of PIRTEK USA – will deliver a brilliant result for the PIRTEK Group in Australia and New Zealand given the closeness of all the partners that make up PIRTEK Team Murray”.

“The results will be immediate to everyone involved when the announcement becomes public later today.”

Team Principal, Brett Murray, couldn’t have been happier to welcome PIRTEK USA to the fold.

“I’m privileged to have been working with the PIRTEK group for many years now and to have PIRTEK USA back the vision of running a car at the 100th Indianapolis 500 is a dream come true,” he said. “The event is the biggest single day sporting event on the planet and to be adding another level to the Brabham legend at the Speedway in its 100th running is incredibly exciting to everyone.

“Matt is an terrific young driver who has achieved a lot in the USA throughout his short career and this will be his first opportunity in the ‘big league’.”

Sir Jack Brabham created history in 1961 when he debuted the first rear-engined car at the ‘500, which quickly became the norm. Matt’s father, Geoff had 10 starts in the Indy 500 – with a best result of fourth.

Murray is convinced the program will be one of the best in the 100 race history of the event.

“As you will see over the coming weeks, the PIRTEK Team Murray program is going to deliver a considerable amount for the PIRTEK brand in the USA and indeed globally.

“I can’t thank Glenn and Peter and everyone else involved for sharing the vision and daring to dream. I firmly believe it will be the best program ever taken to the Indianapolis Motor Speedway and I couldn’t be prouder to have a wonderful company like PIRTEK along for the ride with us.”

The announcement of PIRTEK USA’s backing of Team Murray will be launched at the Coates Hire Sydney 500 V8 Supercars event today – where PIRTEK Australia holds a presence with the Enduro Cup and Official Hose Supplier to V8 Supercars and also a minor partner to DJR Team Penske.

The PIRTEK Team Murray car will be unveiled next week in Indianapolis at the annual Performance Racing Industry (PRI) Show – where another significant, high profile partnership will be announced.

The Technical Partner of PIRTEK Team Murray will be KV Racing, who won the 2013 Indianapolis 500 with Tony Kanaan. KV is owned by an Australian in Kevin Kalkhoven in association with former IndyCar Champion, Jimmy Vasser.

More information about PIRTEK Team Murray can be obtained at www.teammurray.com.au and searching Team Murray on Facebook.