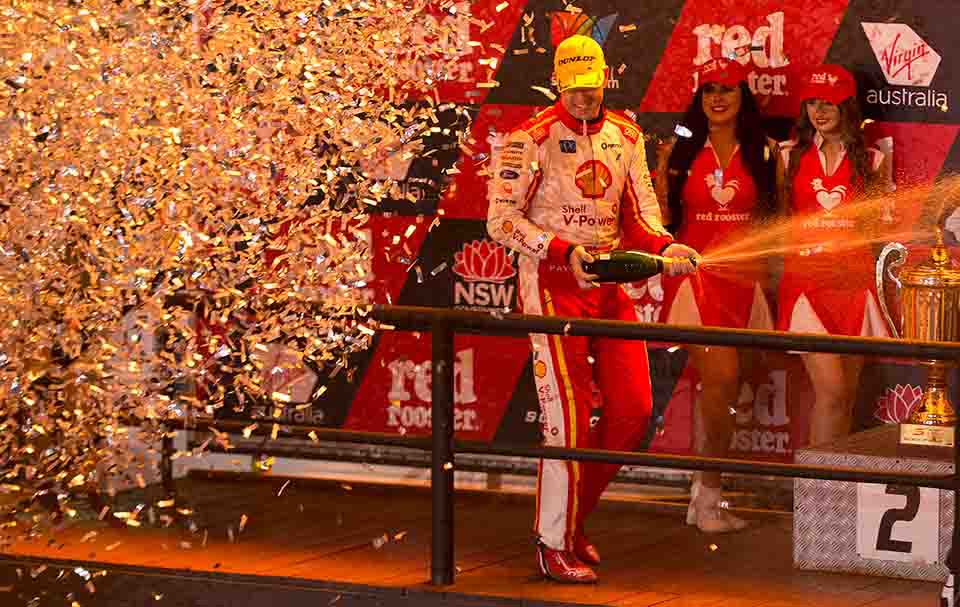 The opening session of the Sydney SuperNight 300 saw the full Supercars field roll out in darkness for the first time since 2011. With the 3.9km long circuit lit by 50 temporary lighting towers, the Shell V-Power Racing Team spent the session ensuring the various systems and processes put in place for working in the dark were operational, before turning attention to pace. A Top-10 time in combined practice times will be extra important this weekend, with the new-for-2018 three-part qualifying system in play. Setting a practice time inside the Top 10 will see drivers automatically enter into the Q2 qualifying session, skipping the opening Q1 session entirely. The team had a bit of work to do overnight, with McLaughlin finishing the session fifth and Coulthard 19th.

The first ever Sydney SuperNight 300 was a genuine spectacle, with 26 cars all racing around the Sydney Motorsport Park circuit under lights following plenty of fanfare before the start. Scott McLaughlin and Fabian Coulthard were off the front row right alongside each other. They both got a good start, heading into the fast turn one sweeper side-by-side. McLaughlin maintained the lead through the first stint of the race, until his first stop on lap 19. He continued to hold the lead through the second stint, until he pitted on lap 39. He returned to the track in second, behind Craig Lowndes. He took his final stop on lap 55 and grabbed the lead once more, passing Lowndes in pit lane, until a safety car period with 19 laps remaining. All three Triple Eight cars were very fast on the restart and despite his best efforts, McLaughlin couldn’t keep the lead, dropping behind Van Gisbergen and then Whincup to eventually take third place. He continues to lead the Drivers’ Championship by 89 over Van Gisbergen. Coulthard had trouble early in the race on cold tyres, dropping to fourth in the first stint. He pitted on lap 20, reporting that the car felt much nicer on the second set of tyres. He made some moves through the field, until his final stop in the safety car period. He exited 10th, however a kerb buckled the left rear wheel, and Fabian was left to nurse it home. He lost one position to finish the race 11th. He maintains sixth in the Championship, with the team still second in the Team points. 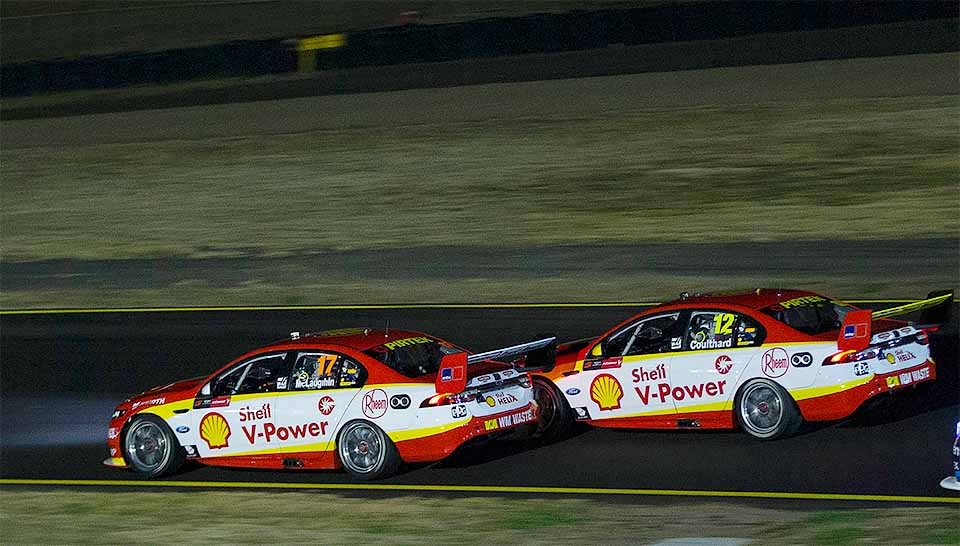 COULTHARD QUOTE: “We weren’t fast enough in that first stint, but we tuned it up and made it better for the second and third stints and were able to put in good lap times, pass a few cars and make some ground. After the safety car I went over the back of a kerb and it buckled the left rear wheel and then had to nurse it home. A little bit what might have been, but it is what it is. Next up is The Bend, and a bit of an even playing field with a new circuit. I’m looking forward to it.”

MCLAUGHLIN QUOTE: “I’m gutted. I’m proud of the team and the way we raced, and the strategy we put together, but we just ran out of luck with that safety car. I tried my hardest to keep them behind me, and hopefully it was a good show for the fans. It was pretty full-on from my perspective. All fair, hard racing and really enjoyed it. I wanted to win that race, though.”