The Townsville 400 kicked off Friday with two practice sessions around the Reid Park street circuit. Scott McLaughlin and Fabian Coulthard did longer runs throughout the 40-minute opening session, with both crews focused on race pace as the team focused on gaining points to hold their leads in both the Drivers’ and Teams’ Championships. Practice 2 opened with a delay for McLaughlin, with a throttle position sensor issue needing to be rectified. The car was repaired, and he was quickly back on the pace to finish third for the session. Coulthard finished the session ninth. 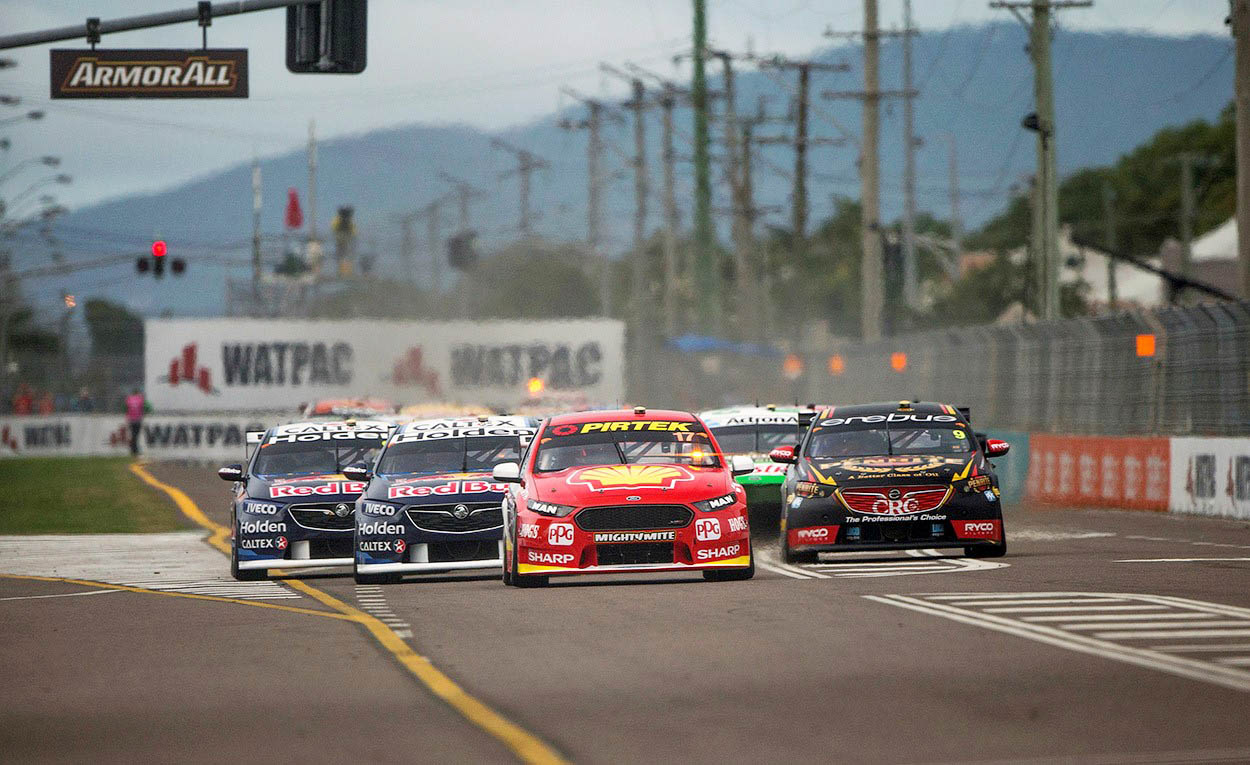 Race 17 of the 2018 Supercars Championship was a tense affair around Townsville’s Reid Park street circuit. Scott McLaughlin started from the front row after taking his eighth pole of the year earlier in the day, with Fabian Coulthard out of the ninth position. Both cars started strongly, with McLaughlin holding the lead across the opening lap and Coulthard gaining two positions. Triple Eight’s Jamie Whincup made a move past McLaughlin on lap two, and then pulled away from McLaughlin and the rest of the pack – a position he would not relinquish for the remainder of the day. McLaughlin held the second position until his first pitstop on lap 21, when he was followed into the lane by Shane van Gisbergen. Unfortunately, the air ‘spike’ that operates the air-jack system jammed once the stop was complete, costing a crucial second that allowed Van Gisbergen to pass in pit lane. This pushed McLaughlin into third place, where he came under consistent pressure from Craig Lowndes across the second stint of the race. He held on to third place through until the final round of stops and returned to the track in the same effective position. A late race safety car bunched the field back up, but by that stage the tyre degradation across the front runners had equalised pace and there were no further changes in position. Coulthard moved through the pack across his first stint, pitting from the lead as the stops cycled through. He returned in p13, and then continued to push back through the field on a slightly different strategy to most runners. His was the final car to take its second stop with twenty laps remaining, with the debris safety car giving him the opportunity to take advantage of his newer tyres. He quickly moved from tenth to fifth, and latched onto the rear of Craig Lowndes, putting pressure on the Triple Eight driver that allowed McLaughlin to escape up the road earning him a podium finish with third place. Coulthard had taken too much out of the tyres by that stage and had to settle for fifth. 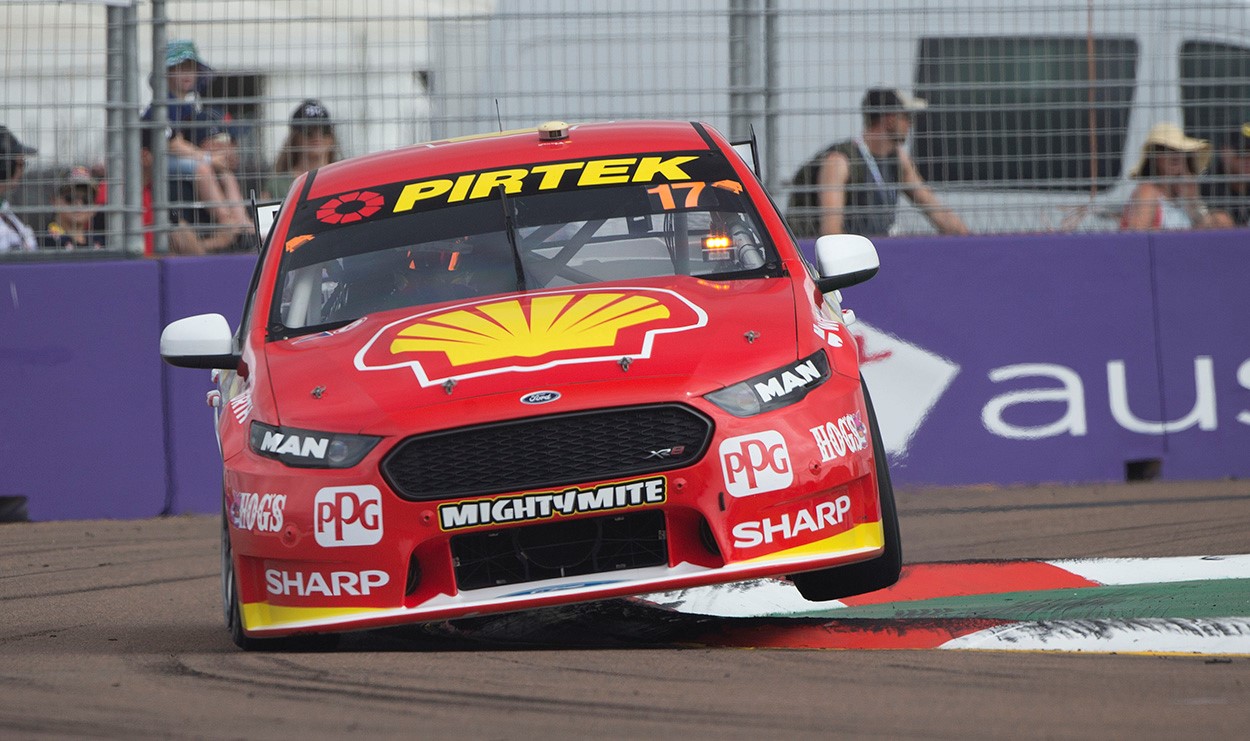 The 200km Race 18 offered a wild opening couple of laps that saw Scott McLaughlin slip from sixth at the start to 11th, whilst Fabian Coulthard sliced through the pack to be 12th after starting 18th. Once the dust settled, both drivers began to move forward. McLaughlin was into ninth by lap 10, when he took his first pit stop. He was the first car to take service, and it would prove to be a strategy masterstroke from the No.17 crew. Using the benefit of fresh tyres and clean air, McLaughlin launched through the pack into a net second place after the first round of stops. He battled Triple Eight’s Shane Van Gisbergen and Craig Lowndes through the middle stint, holding onto third place into his second and final pit stop with 30 laps to go. He entered the pit lane with Craig Lowndes right on his tail, however a fast stop from the team gained him time in the lane that he was able to extend once back on track. A late Safety Car with seven laps remaining saw Lowndes putting pressure back on McLaughlin, however he was able to hold him off to take third place and his second podium of the weekend. It was a solid points haul, that sees him continue to lead the Drivers’ points by 131 over Van Gisbergen. After starting 18th, Coulthard had a sensational race using strong car pace, good race craft and intelligent strategy to make his way through the pack. He was 10th after the second round of stops were completed, and then passed Will Davison and James Courtney on track to finish the race eighth. He now sits sixth in the Drivers’ Championship, with the Team now second in the Teams’ points, 69 behind Triple Eight. 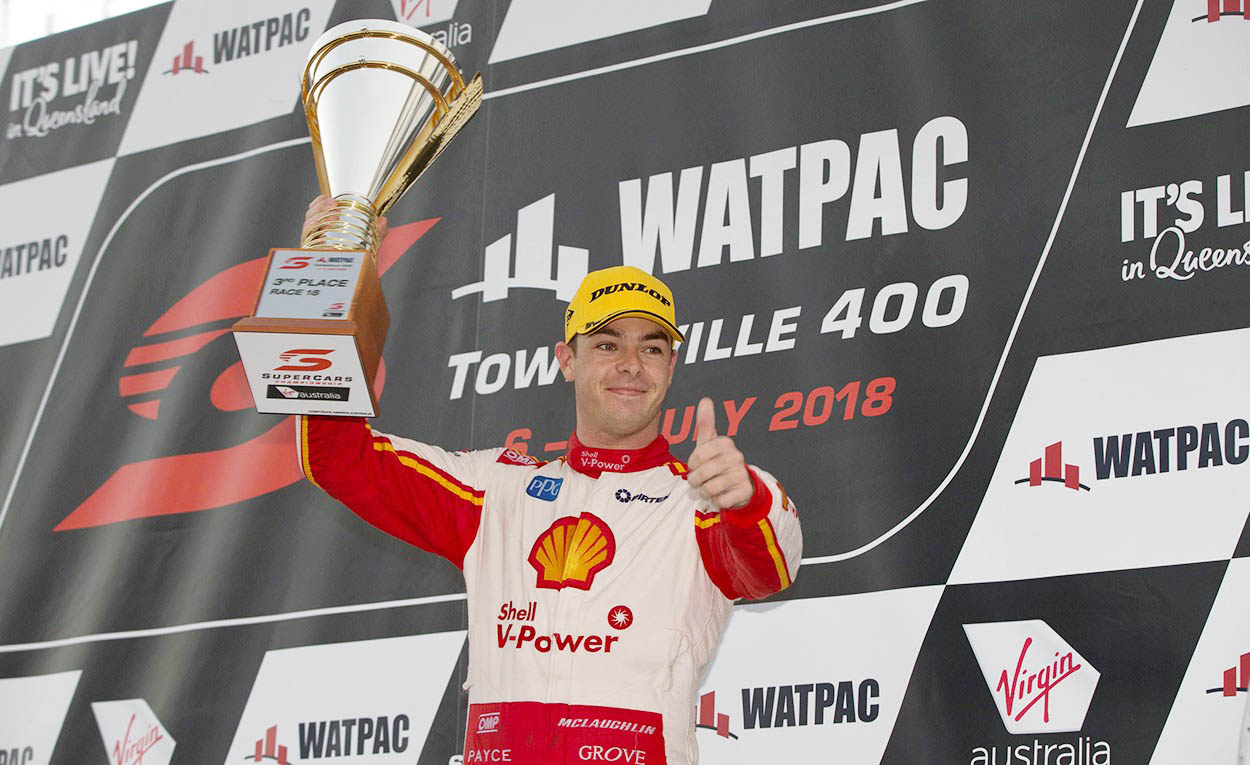 COULTHARD QUOTE: I’m happy with the race, but I really need to sort qualifying. That is my Achilles’ heel at the moment. If I can sort that we don’t give ourselves as much to do in the races. I’ve always been able to race, that’s always been a strength. The way the race went today, we got by plenty of cars, stuck to our plan, the car is straight and we’ve come out of it looking pretty good.”

MCLAUGHLIN QUOTE: “I think that two podiums when we were up against the pace that Triple Eight have shown this weekend is really good for us as a team. I was really disappointed with the Top 10 Shootout today, in myself. I made some mistakes, and the car was very loose. The start today wasn’t great, and today my driving really wasn’t the best, but the team pulled me through. They gave me a great strategy and awesome support. They’re always there for me.”