Scott McLaughlin has put himself in a good position to equal Craig Lowndes' season win record, with his 15th victory of 2019 at The Bend Motorsport Park in South Australia. 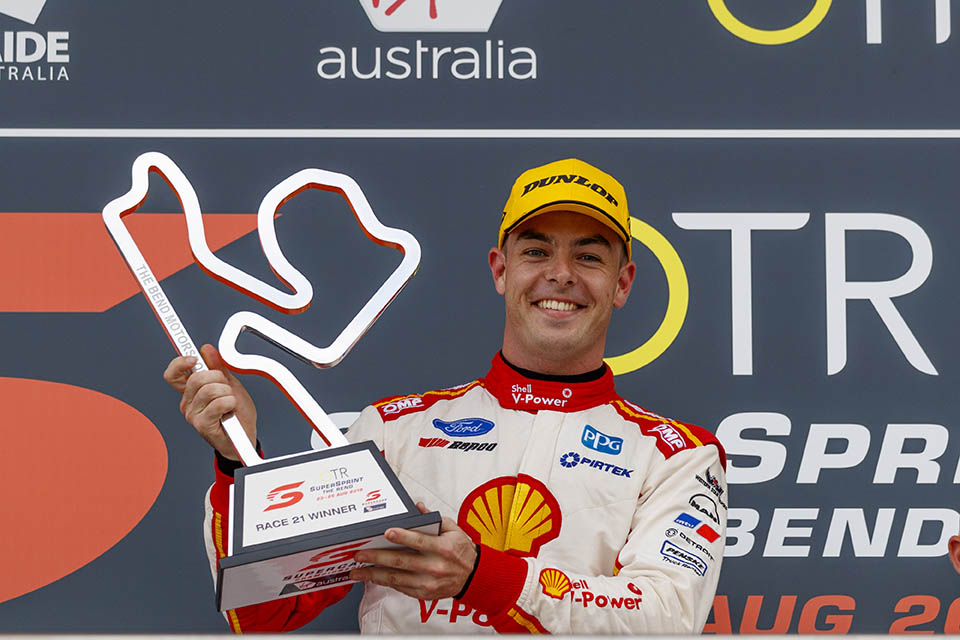 Lowndes set the record of 16 wins in a season during his 1996 run to his first Supercars Championship.

McLaughlin's 15th win came after a tough, race-long battle with Tickford Racing's Chaz Mostert, who earlier beat McLaughlin to pole by one-tenth of a second.

McLaughlin dominated the start, and then worked hard to build a 1.6s gap over Mostert before pitting began. 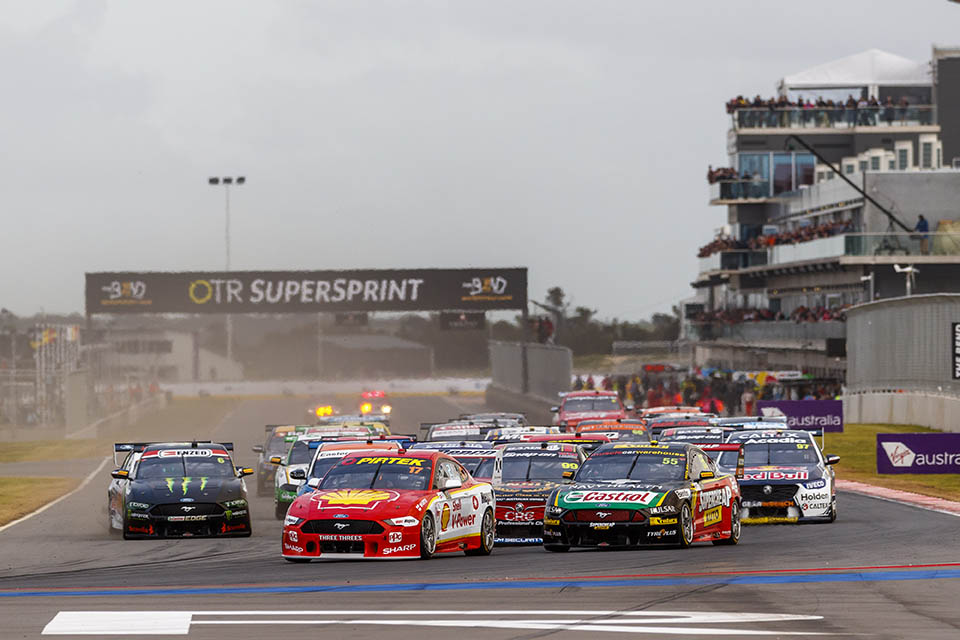 He returned to the track just in front of Mostert after they had both stopped, Mostert taking three tyres and McLaughlin two left-side only. He had a 1.5s gap before Mostert started fuel saving late in the race, with the gap blowing out to 7.7s at the flag.

Coulthard got boxed out at the start, battling with Cameron Waters and both Triple Eight cars of Jamie Whincup and Shane van Gisbergen through Turns 1 and 2 on lap 1. He slotted into p8 across the opening stint of the race, before pitting on lap 10.

He struggled in traffic after his stop, with pace in the pack difficult and ended the race in 12th position. 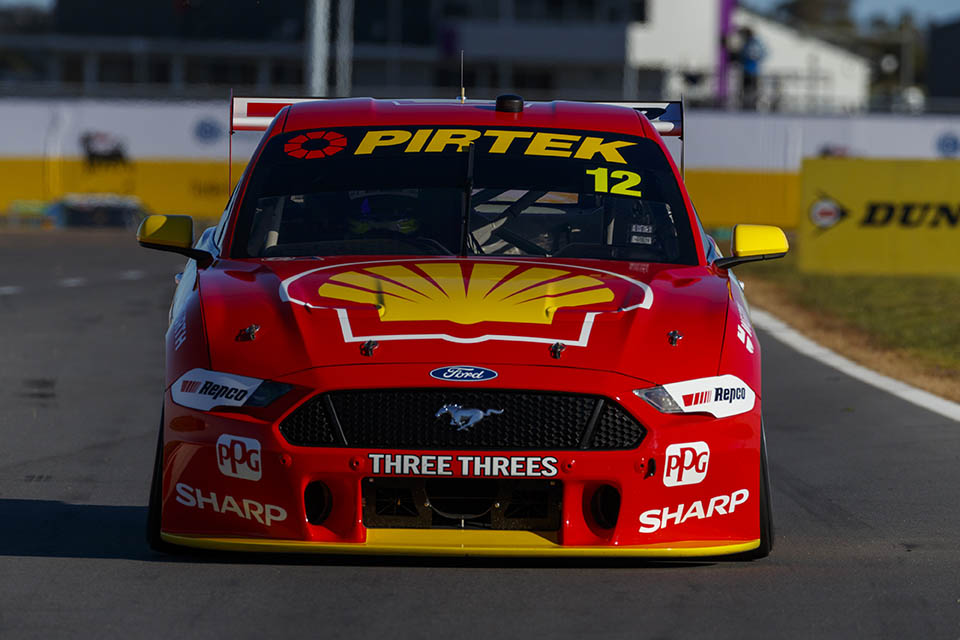 McLaughlin now leads the Championship by 514 points over Coulthard, who is 38 in front of Mostert. Shell V-Power Racing Team's lead in the Teams' points is 852 over Triple Eight.

Coulthard noted, "Today was a tough one. We had good pace in the lead-up to qualifying, but we only got one shot at a lap in Q3 and started seventh. When you're a little bit further back in the pack it always gets interesting with the traffic around you, avoiding getting into trouble. I'm disappointed to finish 12th, but at least we've got another shot at it tomorrow."

McLaughlin added, “I was a little annoyed about qualifying, but I can't take anything away from Chaz, he did a fantastic lap and I knew the start was going to be key. That was probably the best start of the year for me. The car just hooked up and got going. There's been a lot of hard work behind the scenes to make sure we were fast here this weekend, and to take Ford's first win at The Bend is awesome. I've been working hard on my fitness and on the preparation side for Tailem Bend, and the team has been pushing hard on the car and I'm really proud that it all came together.”

Scott McLaughlin has now officially matched Craig Lowndes’ 23-year-old record for the highest number of wins in a single season, with his 16th victory of 2019 at The Bend Motorsport Park. 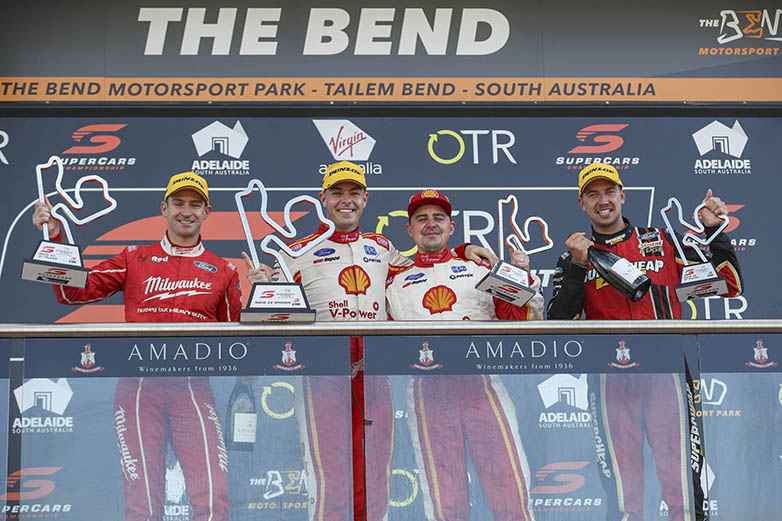 Lowndes set the record in 1996, and it has long been believed that it would never be broken. Such is the dominance of McLaughlin’s season so far, he has equalled it with eight races remaining this year.

Starting from pole position, McLaughlin had to work for it, with both Will Davison and Jamie Whincup passing him at the start. He got by Whincup quickly, but would not get by Davison until Lap 19 when he passed Davison as he exited pit lane.

McLaughlin then drove to a comfortable lead, managing his tyres before taking the win by two and a half seconds from Davison, with Chaz Mostert third.

Fabian Coulthard started 11th, however dropped to 15th on the opening lap following a big hit in the rear from Shane van Gisbergen.

The team then shifted strategy for Car 12, pitting him early on lap five to pull Coulthard out of traffic and give him some clean air. It worked, and he was able to leap-frog several cars using the undercut to pass as they took their pit stops. 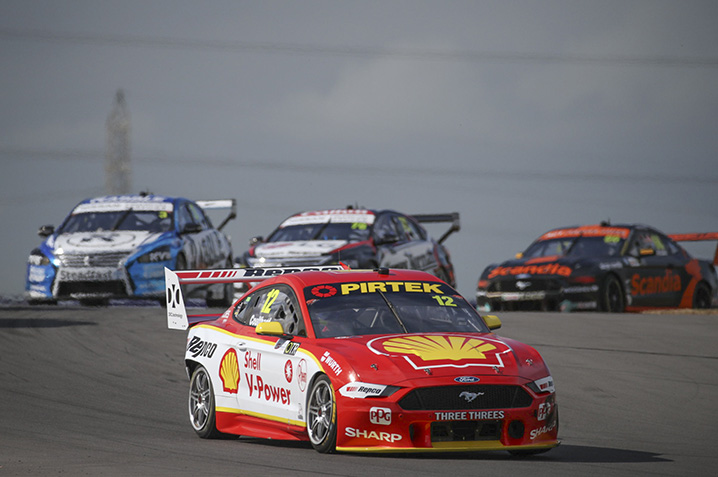 By race end, Coulthard was up to 10th position after smart strategy and a clean drive.

McLaughlin leads the Championship by 573 points from Mostert, with Coulthard third. Shell V-Power Racing now lead Triple Eight by 857 in the Teams’ points. 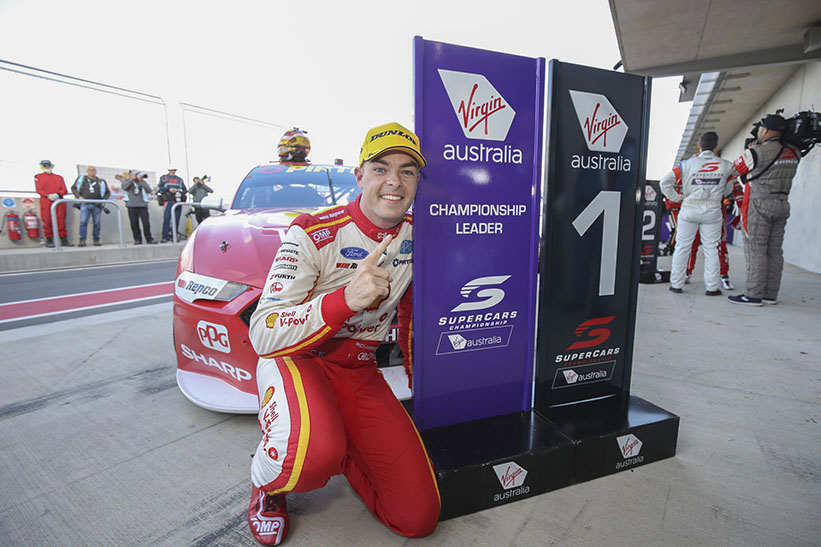 Coulthard commented, "We all know that qualifying is key, especially around a place like this. We missed Q3 by only one-hundreth of a second and that was always going to make it hard. I got knocked around a fair bit at the start and dropped back to 15th, so to get back up to 10th wasn't too bad but definitely not where we want to be. I'm really looking forward to heading home to Auckland next round to race in front of that awesome Kiwi crowd."

McLaughlin said, “Equalling a record set by a legend of our sport like Craig Lowndes is very special. 2019 has been an unbelievable year so far, and I couldn’t be prouder of my team for giving me all the tools to do my job. They are the best in the business, and I’m so happy to be a part of this organisation. Now we head to New Zealand for my 100th round. I love Pukekohe, and racing in front of my home crowd so I can’t wait for the next one.”