D’Alberto and Alex Davison hit the track on Friday afternoon for their first co-driver session ahead of the Repco Bathurst 1000 in two weeks. Due to the halt in the season and limited testing this year, the additional time for both D’Alberto and A.Davison behind the wheel of their respective Shell V-Power Racing Team Ford Mustang were valuable.

The next time both D’Alberto and A.Davison are back in their Ford Mustang will be Thursday 2nd December at Mt Panorama.

The fourth and final weekend at Sydney Motorsport Park and mixed tyre compounds were allocated for this weekend, the Dunlop Super Soft and the Dunlop Hard tyres. De Pasquale and Davison both started Practice 1 on used Hard tyres and quickly set the pace. In the opening minutes De Pasquale quickly set the quickest lap, with teammate Davison closely behind him in P2. 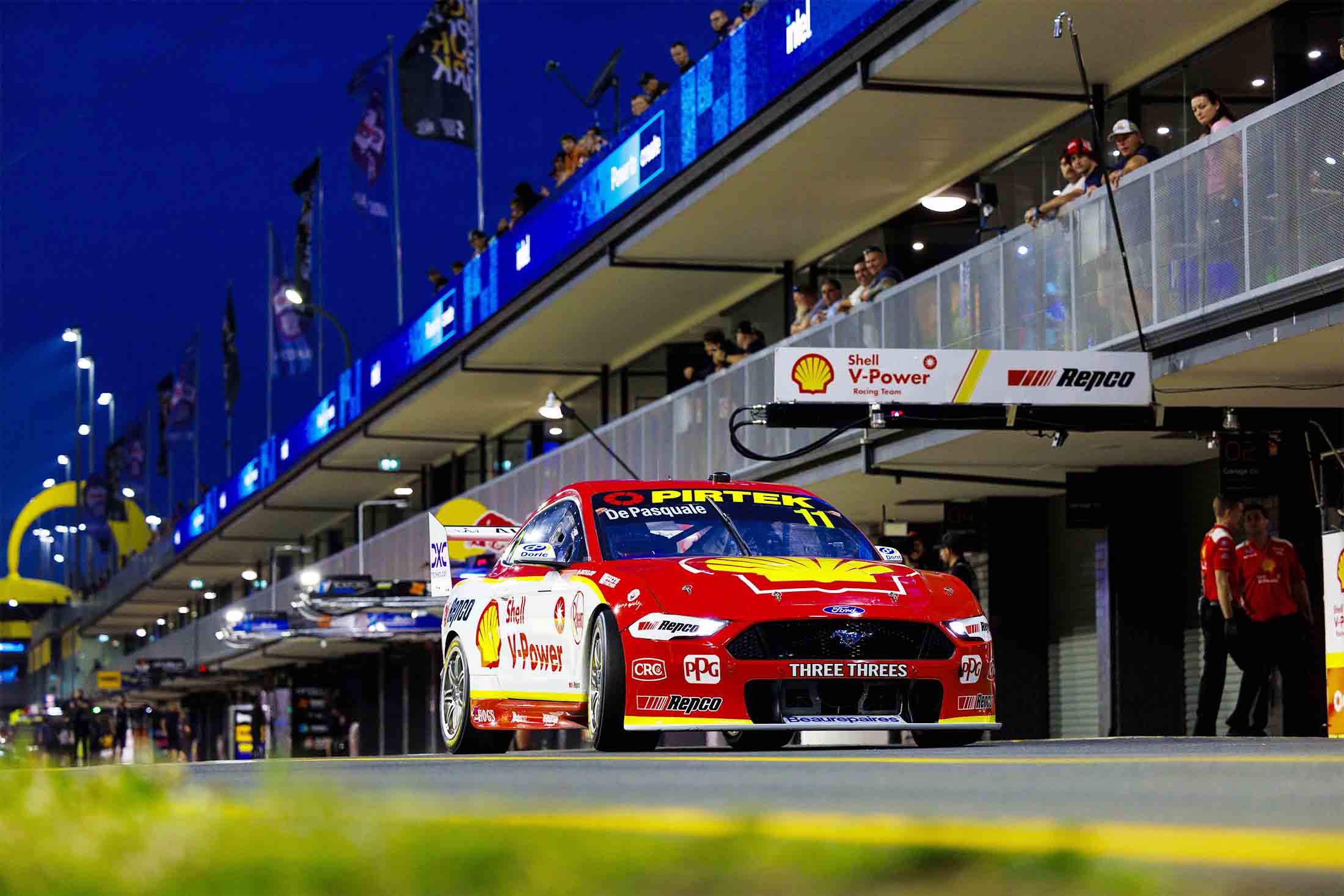 De Pasquale and Davison both came into the garage for minor adjustments and fresh green tyres throughout the session. De Pasquale continued his strong form at Sydney Motorsport Park, topping the session and teammate Davison finished the session in P10. 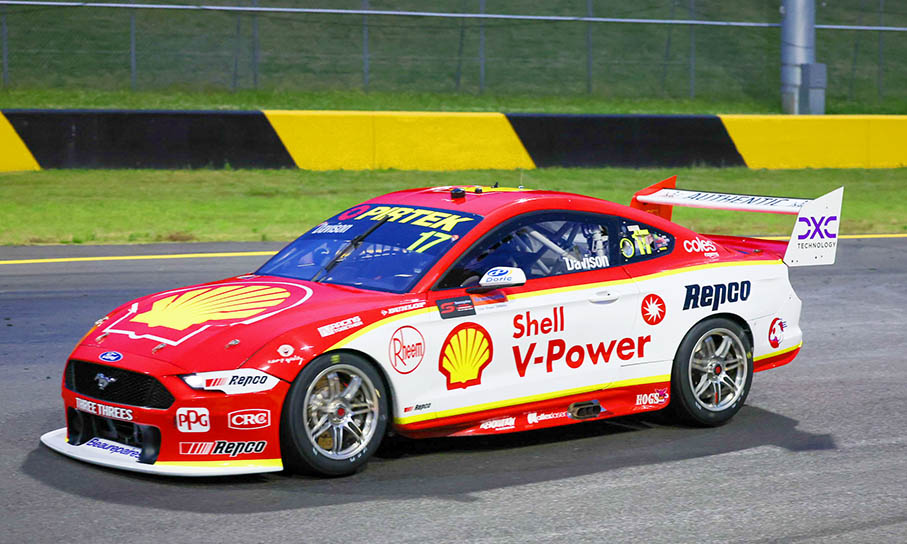 The Shell V-Power Racing Team Ford Mustangs will be back on track tomorrow for Practice 2, Qualifying, the Top 10 Shootout and Race 29.

De Pasquale said, “The track was quite fast, it is always quick at night and quite good testing because the tyres hang in a little bit more with a little more grip.”

“It has been good to have Tony and he got a heaps of laps on Tuesday. It is good to get him back in the groove. He should be sharp come Bathurst and give it a shot somewhere.”

“We did a good race run that was pretty consistent and I’m happy with that.”

Will Davison added, “It was an interrupted session where unfortunately didn’t get around on new tyres at the end. It wasn’t the sesison I was hoping for, but not too stressed ahead of the weekend.”

Alex Davison said of the session, “I’m really happy with the co-driver session, everything went to plan. Assessing the car for Will and Richard for the weekend.”

“For me personally, to get some laps, the car felt good, and we weren’t worried about the overall position.”

Anton De Pasquale finished Race 29 in P4 and teammate Will Davison in P9. It was a solid day after both Shell V-Power Racing Team Ford Mustangs made it through Qualifying to the Top Ten Shootout. 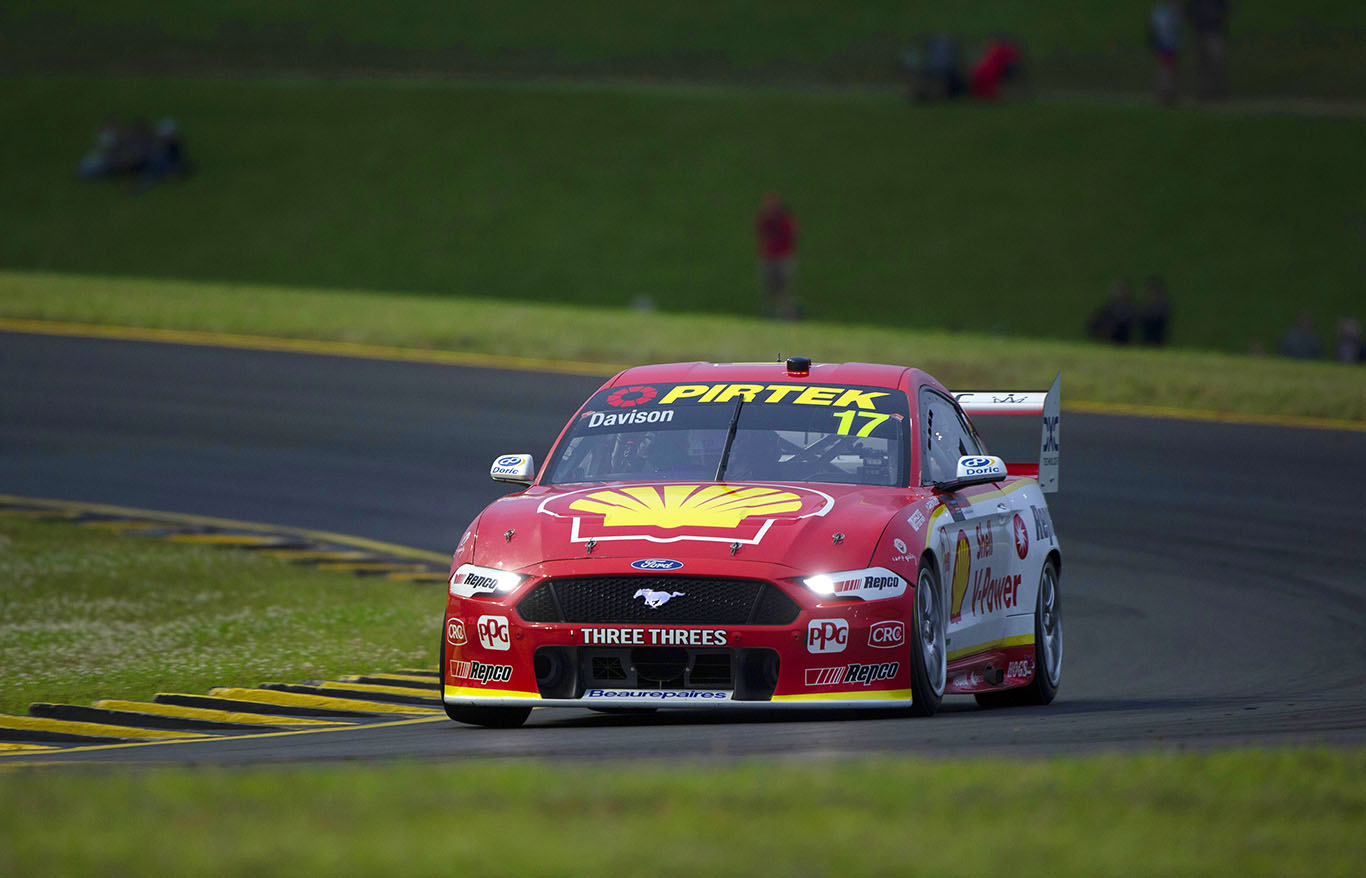 In the opening laps, De Pasquale and Davison were jostling for positions with the other cars in the field who started on the Super Soft compound. 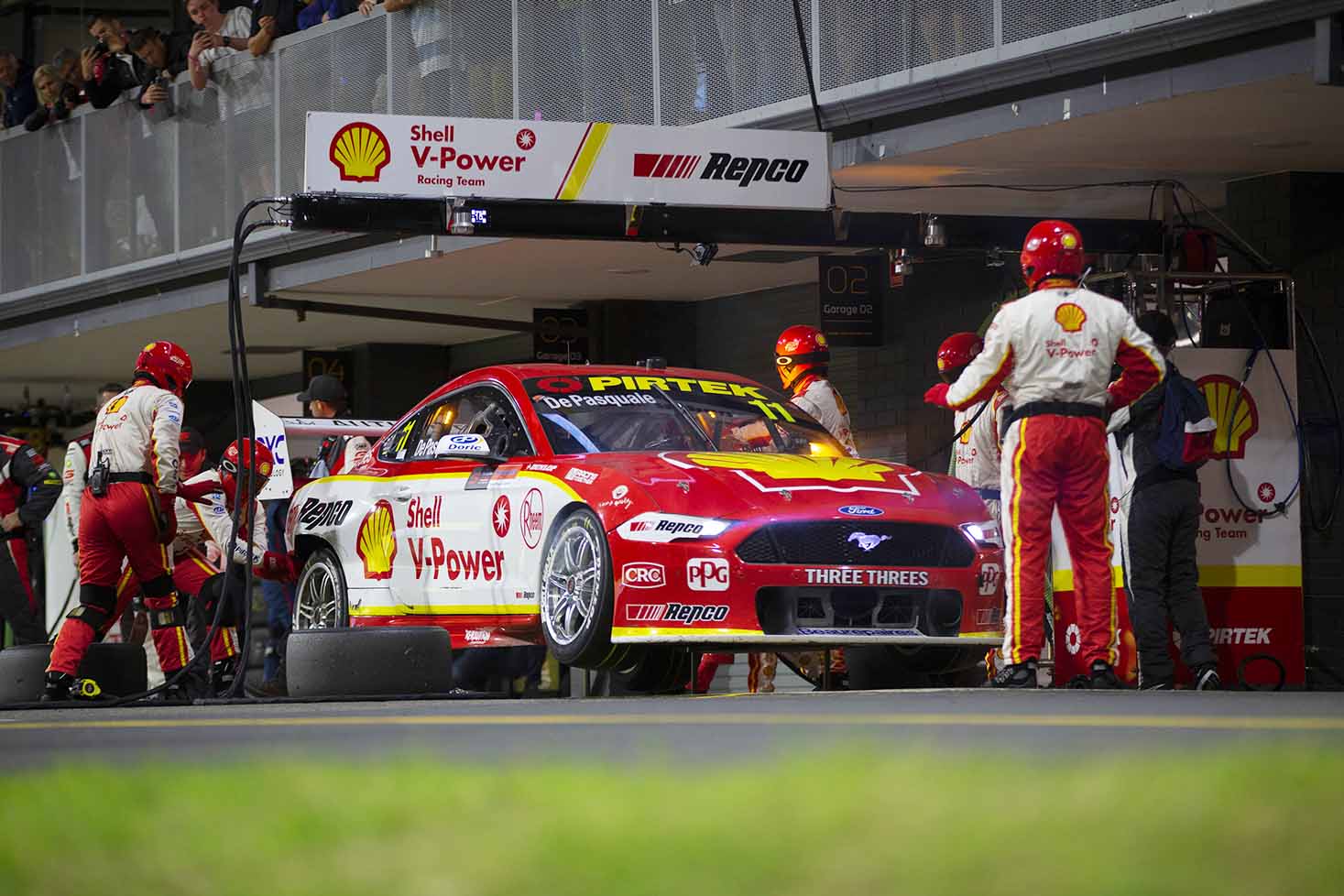 After the Safety Car restart on lap 9, De Pasquale was P3, and Davison was P13.

With 50 laps completed, De Pasquale sits in P7 after passing Whincup and Davison sits in P13.

De Pasquale finished Race 29 in P4 and teammate Davison finished in P9 after a penalty was applied to Percat.

De Pasquale said of the event, “I made the Top Ten Shootout which was good, the car had good pace. Going into the race and starting from P1 for the 250km.”

“There were quite a few different strategies and the early Safety Car meant for some hard racing and plenty of passing. Finishing 4th was a good result.”

Davison added, “Qualifying in P3 for the race was really good and in a good start for the race. The early Safety Car hampered our race. We had to double stack and lost ground because of that.”

“We had pretty good competitiveness during the race but we were buried in the middle pack during the middle stint and on the Super Soft tyre. A tough day, we did all we could and got the maximum result we could with everything that was thrown at us.”

A rain-soaked Sydney Motorsport Park prevented Race 30 from being completed. Anton De Pasquale Qualified in P17 and teammate Will Davison in P11 in a very wet session.

Will Davison started the 64-lap from P11 and his teammate De Pasquale from p17 after a very wet Qualifying session.

Race 30 started under Safety Car as the rain started to get heavier on lap 6, the race was red flagged. Race Control declared that Race 30 would not recommence. 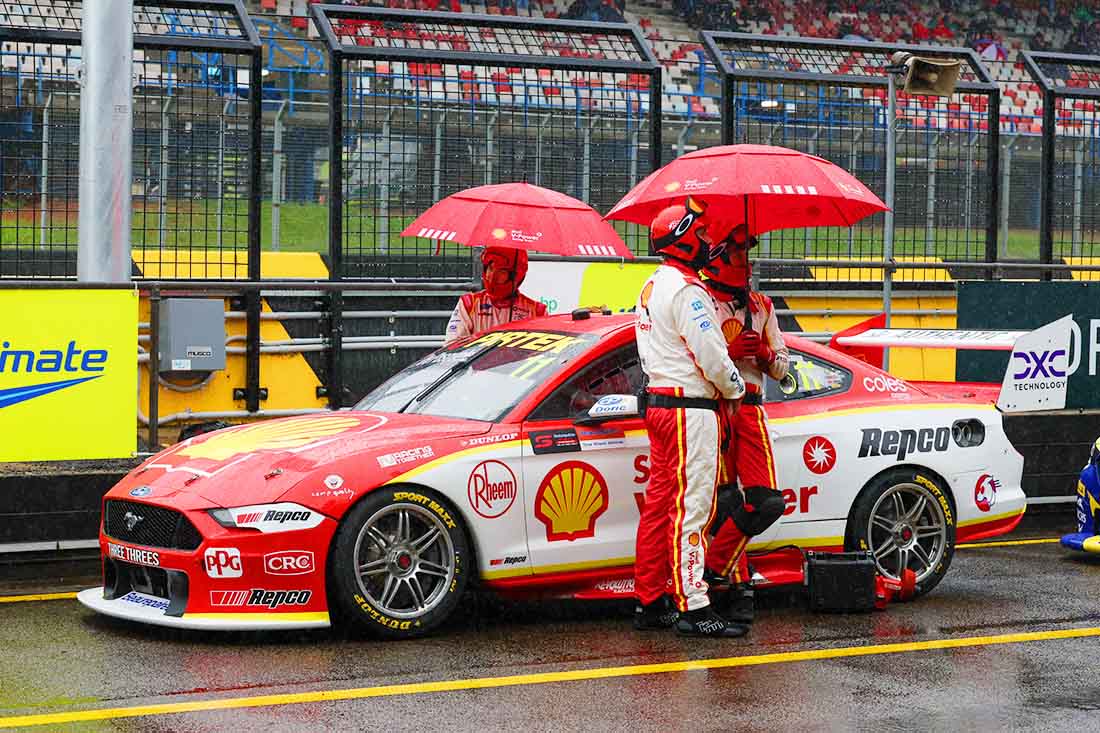 The Shell V-Power Racing Team will be next on track at the Repco Bathurst 1000 on from Thursday 2nd December to Sunday 5th December.

De Pasquale said, “Today was tricky in the rain, I had a terrible Qualifying session and then in the end had to start from the back.”

“In the end the race ending up being declared.”

Davison added, “The conditions today were difficult to get your head around, especially with how much water was on the track. I just missed the Shootout and Qualified in P11.”

“Unfortunately, the rain stopped us from seeing how far we could get up the field during the race.”