De Pasquale did a clean sweep of the Saturday sessions. Teammate Will Davison finished 7th in Race 26.

De Pasquale started the 32 lap Sydney SuperSprint from P1 and teammate Davison wasn’t far behind him in P3. De Pasquale had an excellent start, leading the field into Turn 1, Davison also had a good start but was pushed close to the pit wall by Whincup resulting in him propping one place to P4. 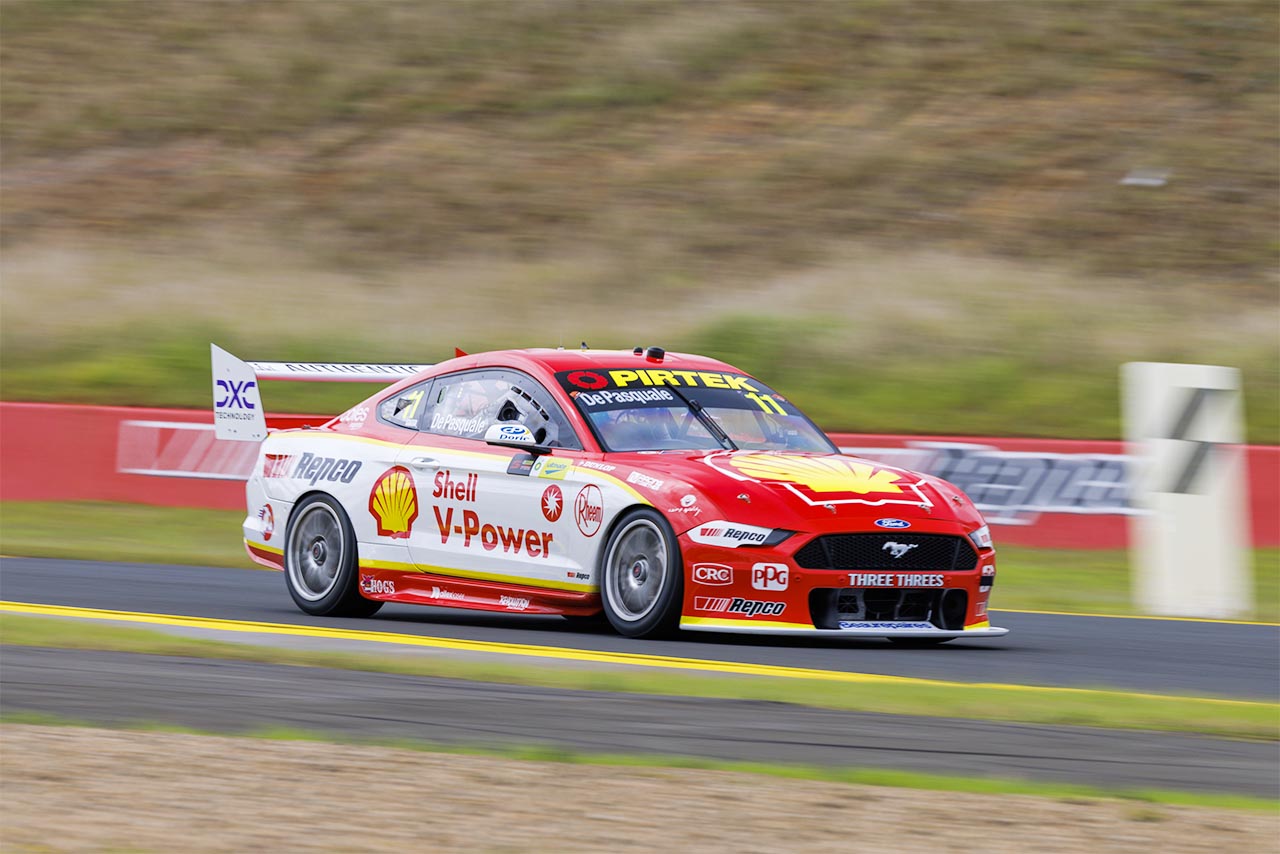 On lap 18, the Safety Car was deployed due to Fullwood being stranded at Turn 3. Race 26 restarted on lap 21. B.Kostecki passed Davison on lap 23 for P4, Kostecki stopped for four new tyres compared to Davison’s two during the pit stop window. In the closing laps Davison was passed by Brown and Pye, who both took on four tyres during their stop. 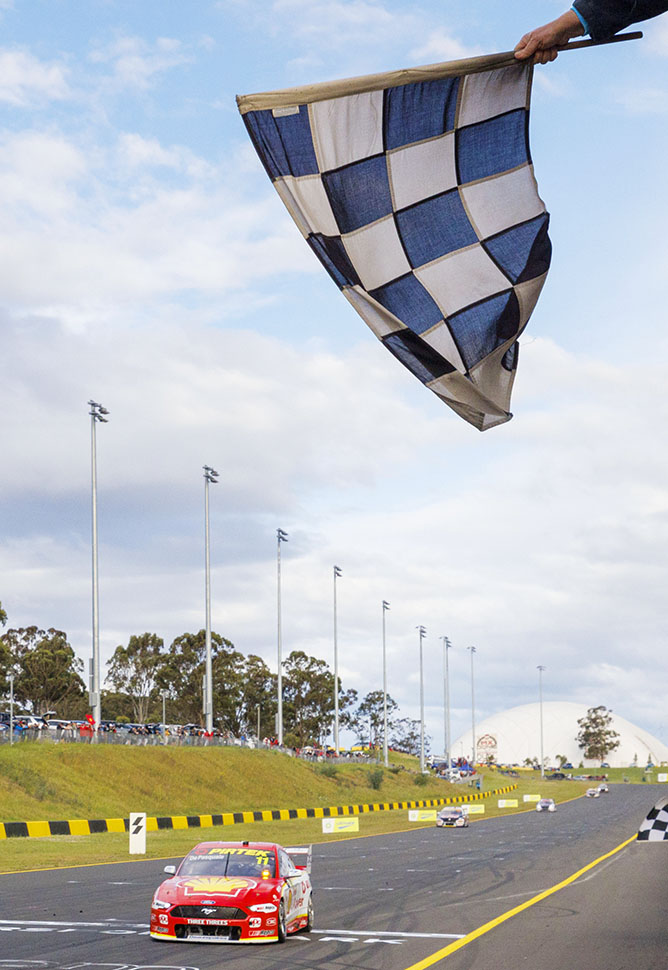 De Pasquale said, “It has been a good few weeks, so we have another week and a half to go. We will try to do some more and obviously anytime you’re in that top 5; top 3, you’re having a good day.”

“Our car has been in a really good window and we just been trying to maximise that as much as we can. We’ve had a few results go missing through whatever reasons, but otherwise, it’s been awesome. I’m very happy, the car has been awesome to drive and I enjoy driving it.”

Davison added, “Disappointing day, I thought we made some good inroads in Practice and Qualifying, I was relatively happy with that, I didn’t think we were far away.”
“The race was compromised with the Safety Car and two tyre pit stop. That obviously hurt our result, we will have a look at it all tonight, I’m sure we will be better tomorrow.” 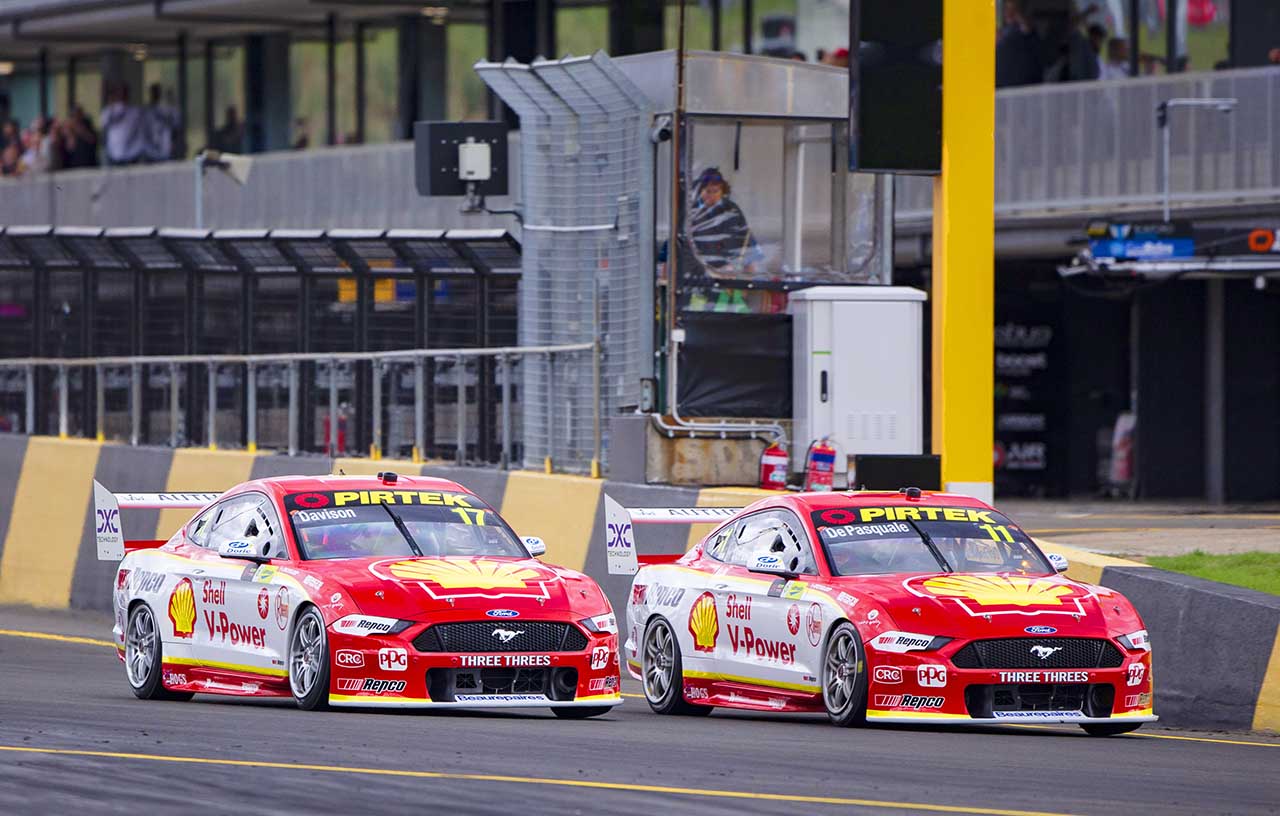 Davison was the first Shell V-Power Racing Team Ford Mustang to complete his compulsory pit stop on lap 10. The crew serviced Davison with four used Soft tyres to finish Race 27 on. De Pasquale stopped for his compulsory pit stop on lap 15 and was serviced with four used Soft tyres. De Pasquale returned to the track in P2, behind teammate Davison who stopped 5 laps earlier.

De Pasquale claims victory in Race 27 and teammate Davison close behind in P5. 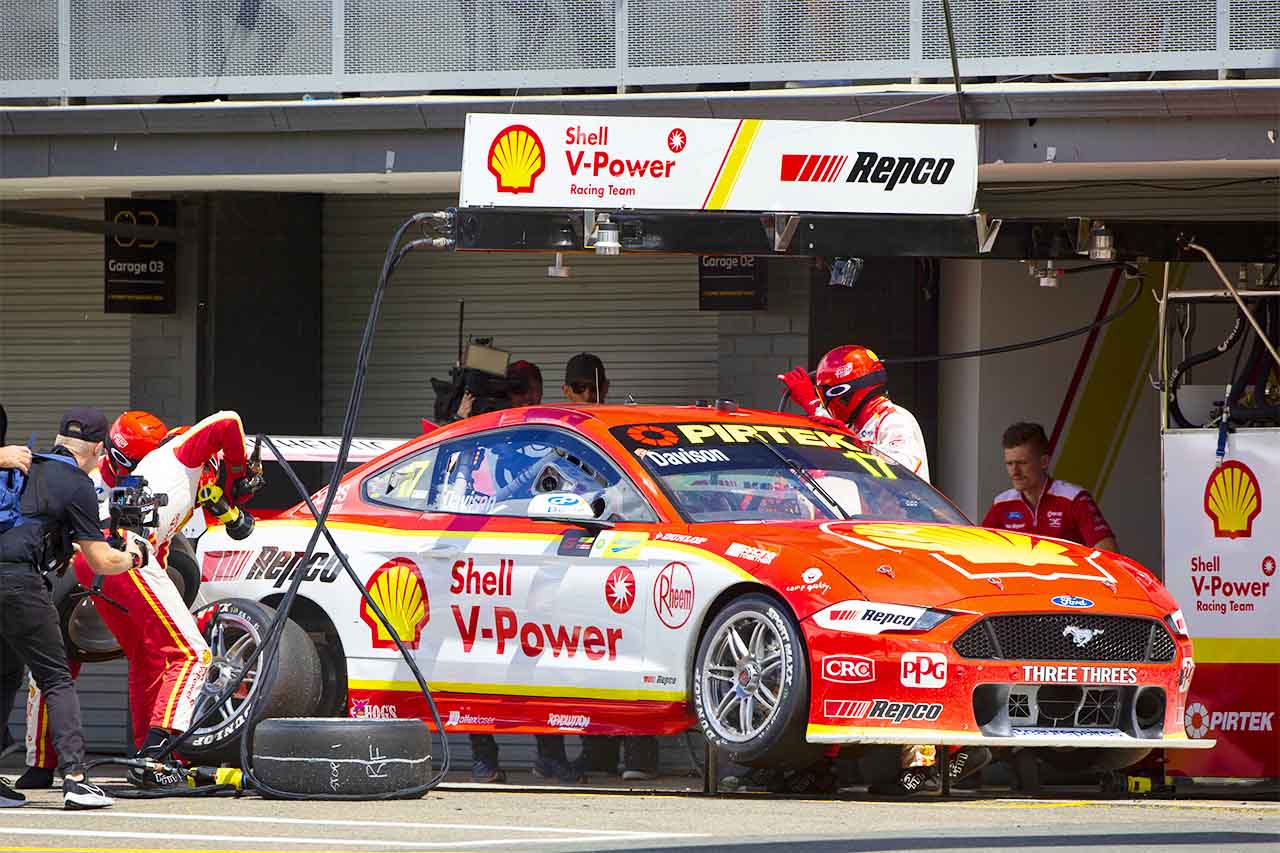 De Pasquale finished Race 28 in P9 and Davison in P12. De Pasquale was the round winner for Round 10 at Sydney Motorsport Park.

At the completion of Round 10, De Pasquale is 6th in the Driver’s Championship and Davison is 3rd. The Shell V-Power Racing Team sit 2nd in the Team’s Championship with two rounds remaining.

De Pasquale noted, “To get Pole and a win in the first race today was good. We went with the same strategy as yesterday and take advantage of that to get a win again.”

“In the second race starting P3, we had to just survive and we were able to finish in the top 10. We were undercut by a few who only took on two tyres compared to us.”

“Overall, a good weekend, two wins and a round win.”

Davison said of the day, “It was a difficult day to be honest, we had glimpses of good signs. We’ve been trying a lot with the car and I thought qualifying second for the first race was solid. It was very disappointing to finish fifth.”

“The second race, coming off qualifying 15th after a mistake in the lap was always going to be tough. I did what I could, made up a few spots.”

“I’m looking forward to the Test Day on Tuesday to help try to understand where we can be better for next week.”