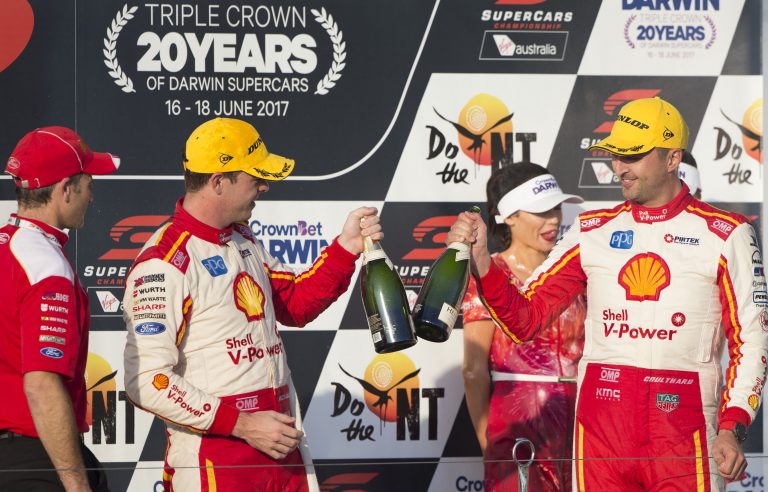 Saturday brought another 1-2 finish for the Shell V-Power Racing Team in Darwin, the fourth of the season for DJR Team Penske. Also, Coulthard took his third victory of 2017, and extended his championship lead to 34 points.

Saturday also held the latest leg of the Pirtek Pit Stop Challenge, with the following results: 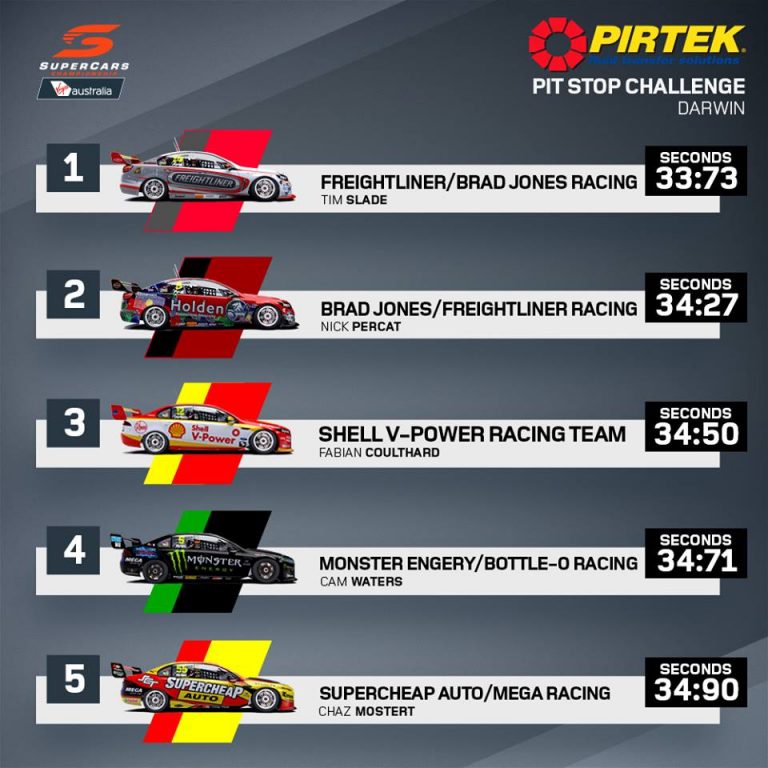 Sunday saw McLaughlin take his fourth win of 2017, elevating himself to second in the Championship. Slick pitstops and class driving saw both McLaughlin and Coulthard able to maximise their efforts. 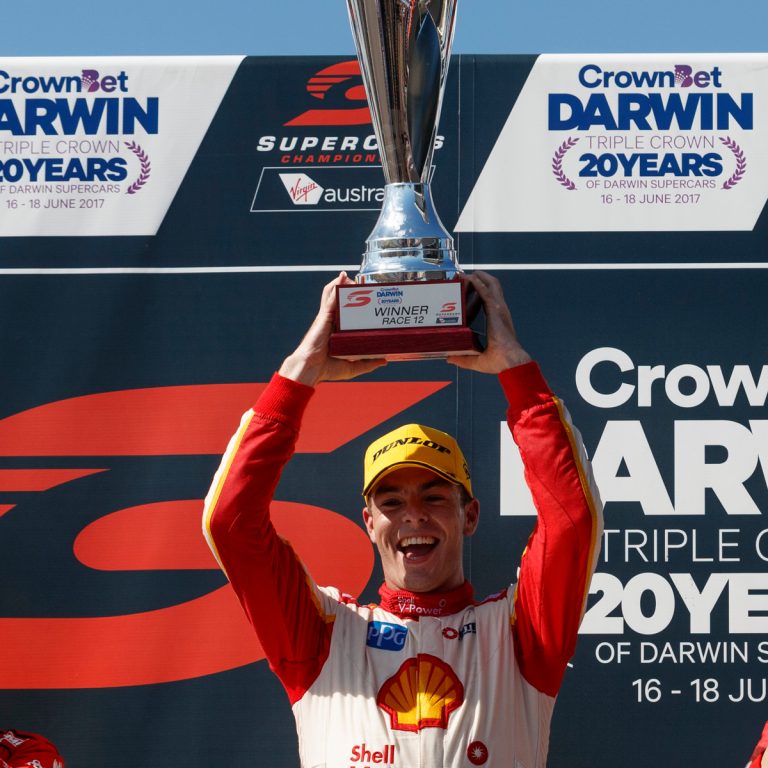 Coulthard started the race from fourth place, and took a similar strategy to Saturday with an early stop. He pushed hard on his out laps, and jumped his rivals however the pace had taken the edge off his tyres and he was unable to hold the lead. He then ran a championship drive, maintaining his position under intense pressure from rivals. He continues to lead the championship, now by 10 points from teammate McLaughlin.

McLaughlin was fast all day, taking provisional pole, and then pole position in the Top 10 Shootout by over three-tenths of a second. He then dominated much of the race to take the win. He had a poor start, but worked hard to recover. He jumped Whincup in the pit stops, reset the lap record and then maintained the gap to take his fourth win of the 2017 season, elevating himself to second in the points behind Coulthard. 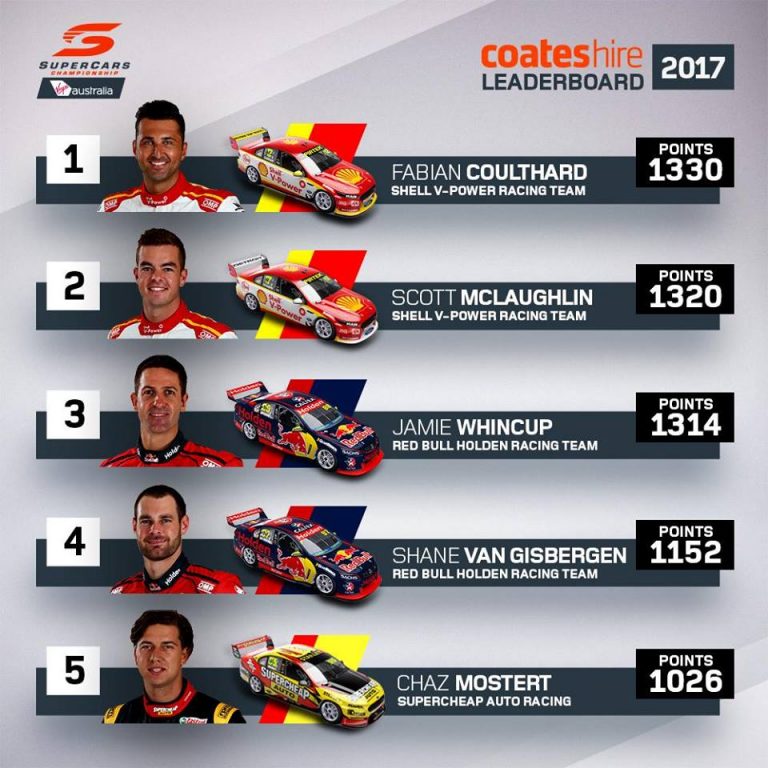