In the lead-up to the main Bathurst Race 20, both Pirtek-backed DJR Team Penske entries made a consistent run to the semi-finals of the Pirtek Pit Stop Challenge – which aired live during Friday night, the 6th of October, on Fox Sports’ Pit Lane Live program at Mount Panorama. The first semi-final saw DJR’s car #12 pull ahead of Nissan Motorsport’s car #23. Despite car #14 leading the points table after the Super Sprint rounds, which determined the finalists, a slow left-rear tire changed proved costly as the DJR #17 Falcon dominated the #14 Freightlinger Racing entry in the second semi-final.

The exclusively DJR grand final saw a head-to-head between the 2 Fords, #12 and #17. While the pit crew was split across both cars, the #12 Falcon reigned supreme in the end. The winner received a $25,000 cheque from Pirtek along with their name on the Golden Rattle Gun trophy.

“Sensational,” said Ryan Story, DJRTP’s managing director, speaking to Speedcafe.com on the result. He continued: “It’s just a great night for the boys and they did a ripper job to get both of the cars not only into the top four and to be here tonight, but to win both heats and make it to the grand final’s very special. It involved everyone and it’s just a great start to the weekend and we’ll press on.”

Story mentioned that there were already plans in mind for the $25,000 prize money from Pirtek, “There’s plenty of pressure around from the troops to do something with it, so we’ll certainly go direct to the lads and we’ll do something special at the end of the year for sure.” 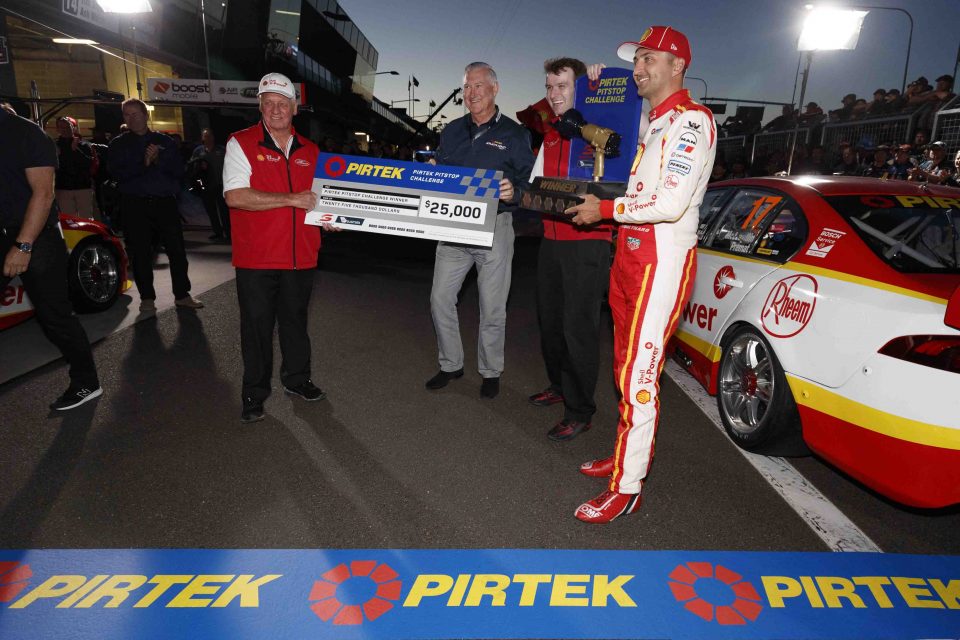 The impressive result sealed off a great day for DJR Team Penske as Scott McLaughlin smashed the old practice record at Mount Panorama on his path to provisional pole. Fabian Coulthard also secured a place in the Armor All Top 10 Shootout, joining his team-mate. 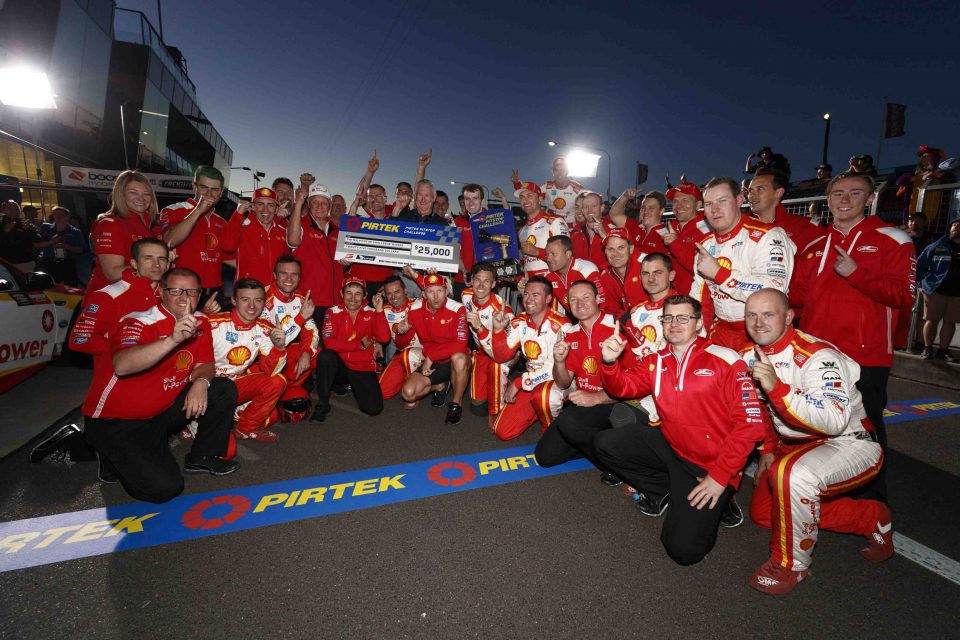